down memory lane. I  was quite spolied, I had quite a few of those sets. I'm sure I saved my allowance to buy them ;-) yeah right! Awesome, awesome, awesome. Dad was just complaining because the "Black Seas Barracuda," and the "Caribbean Clipper" are still taking up space on the shelves in my old bedroom.  It's insane how many of these I remember.  I could spend days browsing through Lugnet's Set Database!

Since it has been over a year since I bought and computer err laptop, and the Sony UX was on woot.com the other week I took the plunge.

Currently I have a client issued Thinkpad T42, and carry my Fujitsu P1610 as well.  With any luck I will be able to use the UX to replace the P1610 in my day to day.  Since I need access to my client Lotus Notes I take it with me during the day, and Remote Desktop into the Fujitsu, so the smaller the pc the better.

Those are just some of my first impressions.  I'm still on the fence about keeping it.  I'll post again after trying it as my primary production machine for a few weeks.

I'm hesitant to put in the link, as will form opinions before you start to read.

Breakfast in the Lounge 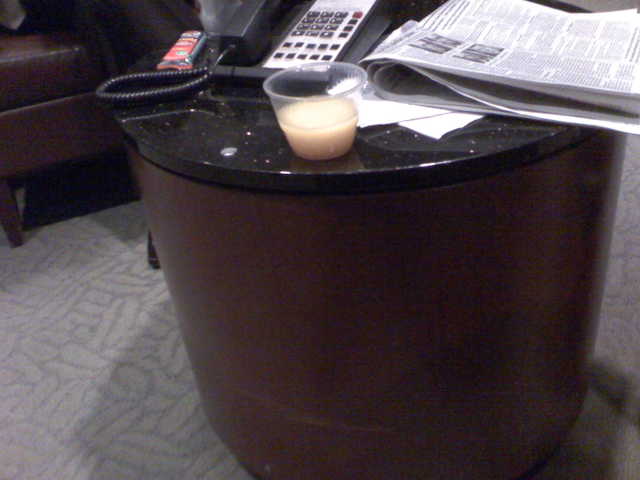 While I'm glad to be able to hang in the Red Carpet Lounge on the Company's dime, I am very displeased by the fact my flight is delayed, due to crew no less. And I didn't receive a text message telling me I could sleep an extra 20 minutes.

Yup I'm still around. Rather than trying to recap the last several months I'm going to talk about my family trip over Christmas and New Year's.

Ever since Thanksgiving 2006 we (Mom, Dad, my sister, and I) have been talking about a trip at Christmas time. In 2006 we came chose to going to Hawaii, but didn't. this year we link the plunge and headed Is my favorite country and city... Italy!

We found flights departing on Christmas dg and returning the first Friday of the New Year. Non, my parents (and sister, but more on that later) had never bun to Europe, let alone Italy before, so we decided on a week long bus tour to see me than just Rome. Iprsteskd and said we needed more than the scheduled 1.5 days in the eternal city, if you did the math you realize he were gone more than a week, so we had a couple of days before the tour in Rome, and a day after.